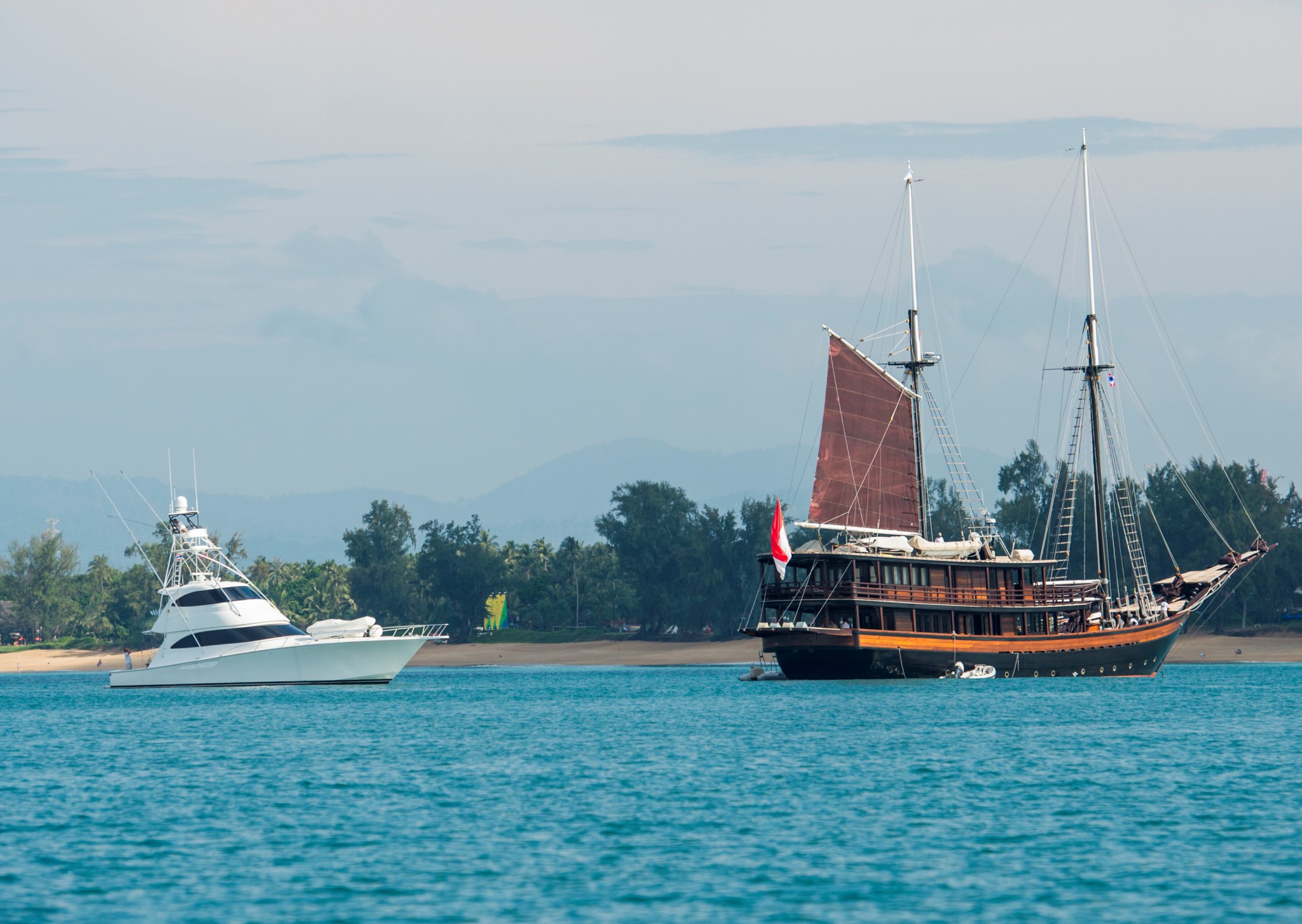 The 17th annual Asia Superyacht Rendezvous Cup promises to be another exciting event with a full roster of stunning vessels expected to grace the waters of Mai Khao at Sala Resort & Spa Phuket as sailing superyachts vie for the ‘Rendezvous Cup’.

The prestigious event is held exclusively for superyacht owners and guests and captains and crew and the January 19-21, 2018 event will kick-off with an incredible cocktail party aboard one of the beautiful mammoth vessels. The first day of thrilling ocean racing will end once again at the Sala Resort with a sumptuous cocktail party heralding the famed ASR Cup ‘Challenge’ – a fun model yacht competition of building and racing.

Race day 1 was unique in that three yachts crossed the finish line within a minute of each other and Race day two proved to be an even better day to be out on the water with stiff winds, lovely weather and the bonus of double points on another sausage course.

Race Director Andy Dowden noted this was one of the best team of yachts he has seen in years, and sponsors, guests and organizers seemed to be in full agreement. S/Y Aphrodite was the first champion of the ASR ‘Winner’s Cup’, and Captain Simon Blundell accepted the trophy on behalf of his crew at the ‘Gala Dinner’. After a little friendly jabbing at his competitors, Captain Simon thanked all and said, “I look forward to coming back again to the next Rendezvous Cup!”

“The Rendezvous is one of the most exclusive events in the world superyacht sector,” said ASR Cup organiser Gordon Fernandes. “This is one of the few regattas in the world that allows both motor and sailing yachts (75’ and longer) to participate alongside each other, with sailing superyachts racing on a course marked by power superyachts. But unlike many superyacht gatherings and Regattas, Asia Superyacht Rendezvous is all about having a jolly, fun atmosphere where participation is encouraged, but not required – an event where it is about having a very good time and putting the sails up.”

When asked about the overall event and returning as host sponsor in 2017, SALA Resort Phuket regional general manager Jon Ashenden and group director of business development, Nicolas Reschke, enthused, “Following our successful partnership last year we are delighted to support the Asia Superyacht Rendezvous Cup once again at ASR 2018.”

Going into its 17th year, Asia Pacific Superyachts has successfully organised this annual event and sees no signs of losing wind.